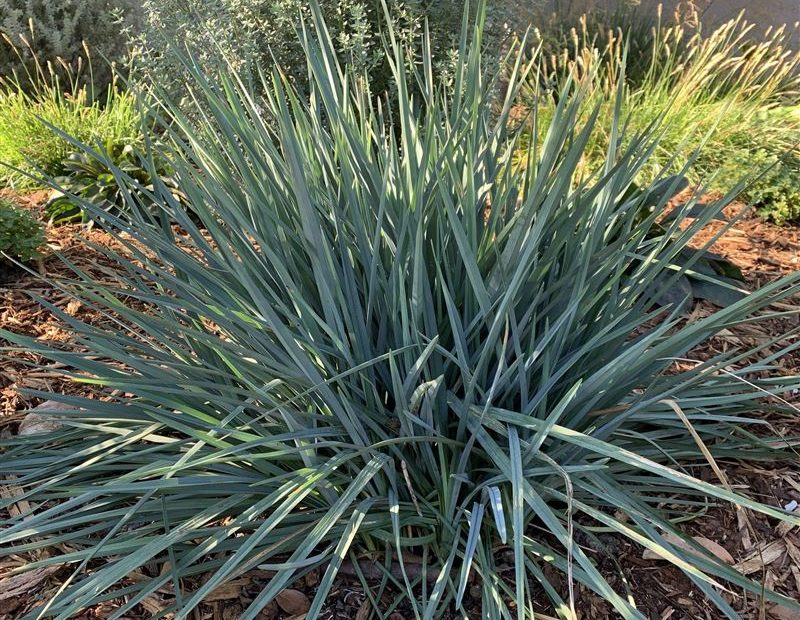 Dianella is a genus of flowering plants in the family Asphodelaceae, subfamily Hemerocallidoideae. It comprises six species of perennial herbs native to Australia, New Zealand, New Caledonia, and various islands of the southwest Pacific. Commonly known as flax lilies or blue flax, these plants are grown as ornamental or low-maintenance garden plants for their attractive foliage and striking flowers.

Dianella plants are clump-forming, evergreen perennials with long, narrow, basal leaves. The narrow leaves are usually a mid-green color, but some species have leaves that taper to a purple or black coloration. In most species, the flowering stems are unbranched and carry 1-3 pendent, blue flowers. These flowers may be star-shaped or bell-shaped, depending on the species. The fruit consists of usually one or two brown, ovoid capsules containing numerous small white seeds.

Dianella plants are often grown as ornamentals, in shrub borders, and along walkways and garden beds. The evergreen foliage provides year-round interest, and the pendent flowers are very attractive. In addition, some species are used as soil stabilizers to prevent erosion on slopes, and the stiff leaves of some species are used in basket and hat weaving. The nectar of some species is favored by birds, including the silver-eyes, honeyeaters, and tanagers.